Another commission has found its way home! It’s a painting of Woodpecker Bay on the wild the West Coast, one of my most sacred places where my spirit flies free in the mountains, the wind and sea. Although I only lived there four years it was a time that really shaped me, where I felt a freedom to be who I really was. Every time I return there it feels like going home…

“Thousands of tired, nerve-shaken, over-civilized people are beginning to find out that going to the mountains is going home; that wildness is a necessity; and that mountain parks and reservations are useful not only as fountains of timber and irrigating rivers, but as fountains of life.” – John Muir

Or putting it another way, ‘going home’ means a return to ones true nature,  to merge the masculine and feminine together, a unity of heart and mind or the balancing of the internal with the external.

“STRADDLING THE PARADOX OF THIS ELECTION AS SPIRITUAL BEINGS

As a Jungian, I deeply believe that consciousness is always attempting to evolve, both personally and collectively.

In order to do so, it demands the deconstruction of everything that is false in order to move us towards greater wholeness.

The psyche of the collective, as well as the individual psyche, is always attempting to rest in the center of opposites.

Collectively we might say that, over time, we have swung from what was an essentially matriarchal world, where the deep feminine was honored and revered, where indigenous cultures lived in reverence and harmony with each other and the rhythms of the land, moon, and tides, to a patriarchal consciousness that has now spent thousands of years raping the land, overriding the natural rhythms of life, and yet also made enormously great strides in the rational, mental, and scientific worlds of thought, reason, and technology.

But everything that has been lived at the extremes of a polarity sooner or later must return to the center. We cannot return to an exclusively matriarchal society, nor can we exist a moment longer in a dominating patriarchal society that obliterates the wisdom of the feminine.

The patriarchy is imploding and, I believe, Trump’s sacred purpose is to bring it down…to expose UNDENIABLY the destructive power of a consciousness that is anything but inclusive of all parts of the whole.

He is the perfect exaggerated outwardly manifested symbol of the patriarchy run amok…allowing us to see in cartoonish exaggeration the destruction that we have become complacent about for far too long.

For consciousness to mature, we must evolve both personally and collectively to a marriage of the masculine and feminine…we must use the structure-creating strength of the masculine to support and honor the intuitive wisdom of the feminine…there is no other way. They must eventually work in harmony and consort with each other…they are the primal archetypal forces underlying all of life…there is no other way. Life simply does not exist without their union, nor can it continue.

So, at the level of the evolution of consciousness, one might say the drama unfolding is a “good” thing…the last stand of the oppressive patriarchy before it self-destructs. And, I deeply believe this is true.

It is also true that the destruction that will likely occur will be real and excruciatingly painful. Dismantling a prevailing consciousness is never a pretty thing, whether personally or collectively. If you have ever undergone a personal deconstruction, you know what I mean.

The unconscious resists consciousness. There is an inferno of tension between what wants to wake up and what wants to remain asleep. It’s an unbearable tension, and we are all now going to have to bear it.

And, we can choose to partner with it consciously or not.

Allowing the destructive patriarchy to continue to run amok, and putting our heads in the sand and hoping, “it will all be okay,” is the infantalized stage of development that feels powerless and believes there is a parent out there who will make the bogeyman go away or, worse yet, can’t see the bogeyman and doesn’t want to believe bad things do happen in the world.

It is not “unspiritual” to rise up

It is not “unspiritual” to be angry

It is not “unspiritual” to feel sad, anxious or fearful

While in reality, if each of us sat in the stillness at the center of our hearts, we would change this reality in a nanosecond, we must also act.

We must allow ourselves to feel the outrage at what is happening in OUR WORLD…not just here in the U.S., but around the world. WE MUST GIVE A SHIT ABOUT THE SUFFERING WE CAUSE EACH OTHER.

We must allow the hurt, anger, outrage, fear, and despair to catalyze us, each in our own way, to bring to this suffering world all the grace, love, forgiveness, kindness, wisdom, and generosity that we are each able to bring.

Each of us must ask ourselves, what can we do to contribute to the shift in consciousness that is trying to happen here? In my sphere of influence, HOW DO I BE, with one foot in the willingness to feel the anguish and pain of HOW THINGS ARE, and the other foot firmly planted in HOW WE WANT THINGS TO BE.

Consciousness is calling us to participate…to be willing to forfeit the comfort of all that we have known…it can no longer be sustained…the planet is dying and people are dying, and we are the ones doing it.

Allow the paradox of having one foot in anger and despair, and one foot in knowing that we are being called to AWAKEN, catalyze your unique gifts and talents…the deepest wisdom that you came here to offer…the deepest caring you have for humanity, for your children…NOW.

We cannot descend into impotent despair and powerlessness, nor can we blindly act with further destruction and violence.

WE MUST FIND THE WAY FORWARD THAT COMES FROM THE UNION OF THE MASCULINE AND FEMININE ITSELF…A WAY THAT TAKES ACTION, BUT ACTION THAT HONORS THE DEEPEST WISDOM OF THE FEMININE. IT IS NOW OR NEVER.”

I've been a full time painter of light for 40 years - self taught and independent, a former President of the NZ Academy of Fine Arts. I'm into sustainability, planting trees and spiritual ecology. This includes growing award winning Lavender oil and olive oil. I'm a student of the Diamond Approach; a psycho-spiritual path to realizing and developing our fullest potential View all posts by Ian Hamlin

This site uses Akismet to reduce spam. Learn how your comment data is processed. 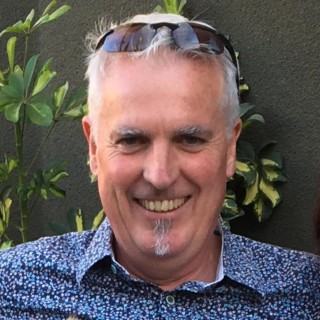 I've been a full time painter of light for 40 years - self taught and independent, a former President of the NZ Academy of Fine Arts. I'm into sustainability, planting trees and spiritual ecology. This includes growing award winning Lavender oil and olive oil. I'm a student of the Diamond Approach; a psycho-spiritual path to realizing and developing our fullest potential